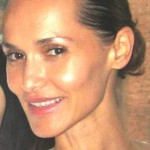 Nora Gherbi is a French diplomat and philanthropist with a B.A in Literature and Arts and a Masters in international marketing. Nora was born in Paris, France but has lived in Canada for most of her adult life. Fluent in three languages, she has been working for the French government as a senior trade attaché and as a business development officer since 2004.

Nora was introduced early on by her parents to the benefits of philanthropy. After many trips as a child throughout impoverished areas of north Africa, she witnessed her parents’ philanthropic work and involvement in empowering others. As an adult, she decided to make helping others a part of her life objectives.

An avid reader, Nora studied literature and American ethnology at the Sorbonne University of Paris. During her time in Canada, Nora adapted various ethnology theories to develop her own set of ideas and to explain the relationship between personal development and cultural identity. As a result, she wrote an essay on the development and preservation of Canadian Cultural Identity.

She is involved in several foundations. She focuses on philanthropic organizations dedicated to building and promoting education, cultural development, and empowering children and women.